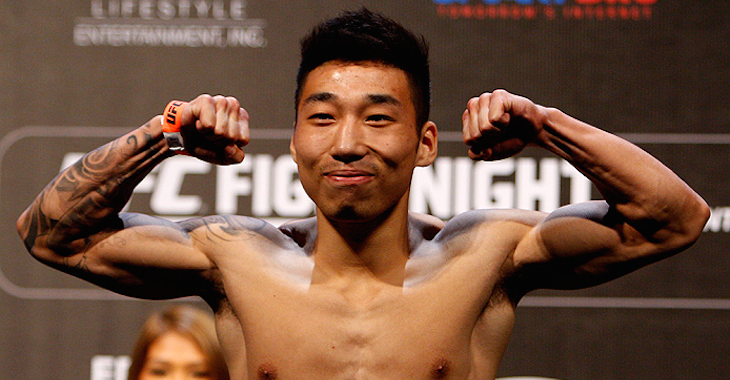 The first fight of the night kicked off on UFC Fight Pass between Nolan Ticman and Zhuikui Yao in a flyweight battle. Both Ticman and Zhuikui chose their shots carefully but still showed to be a bit gun-shy as neither fighter landed big shots throughout the decision fight. While Ticman didn’t engage too much, it was obvious he should have won the bout. Instead, the judges rewarded Zhuikui Yao with the decision victory.

Ticman was in control for the majority of the fight despite backing up. He was able to lunge in from a distance, pop Zhuikui with a jab, and reset his stance a safe distance away before Zhuikui even had a chance to respond. The crowd grew restless several times and voiced their disapproval of the lack of action, but it didn’t effect either fighter’s performance.

Zhuikui Yao spent the last two rounds getting peppered with a lead left, but still somehow earned the decision victory! It was an odd moment and sent a message to the rest of the fighters on the card not to let it go to decision.