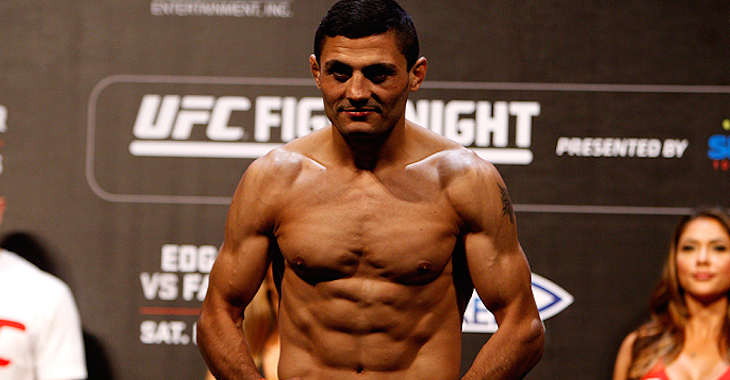 Mark Eddiva and Levan Makashvili kicked off the main card of “UFC Fight Night 66” with a long featherweight bout. Makashvili’s takedowns proved to be too much for Eddiva and it earned him the decision win after fifteen minutes.

Eddiva was forced to attempt and fight off Makashvili’s takedown attempts throughout the entire fight. While Makashvili took the fight to the mat early and often, Eddiva did a decent job at eventually making his way back to his feet. The crowd was fully behind Eddiva when he walked into the octagon, but the lack of action sucked the life out of them.

While Eddiva landed some decent shots in the first two rounds, Makashvili locked the victory up with a dominant third round. He was not able to capitalize on the takedowns, but Eddiva didn’t do much once he got back to his feet either.