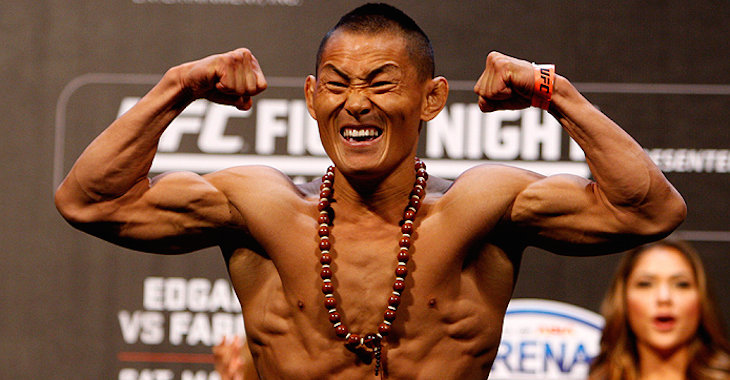 Ning Guangyou gave the fans who were just tuning into “UFC Fight Night 66” on Fox Sports 1 an exciting fight and finish as he ended Royston Wee’s night in the last second of the second round.

Guangyou was the aggressor for the entire fight and while it seemed like Wee was defending shots well for the majority of the fight, Guangyou was only seconds away from landing something big. That “something big” came in the closing moments of the second round. Guangyou landed an overhand right which stunned Wee and put his back against the fence.

Wee was then dropped with a shot to the body and with just seconds remaining, Guangyou jumped on Wee and pounded his face to stop the fight. The referee stepped in with just one second remaining and waved the fight off!

Ning Guangyou def. Royston Wee by way of TKO (Strikes) 4:59 of Round 2