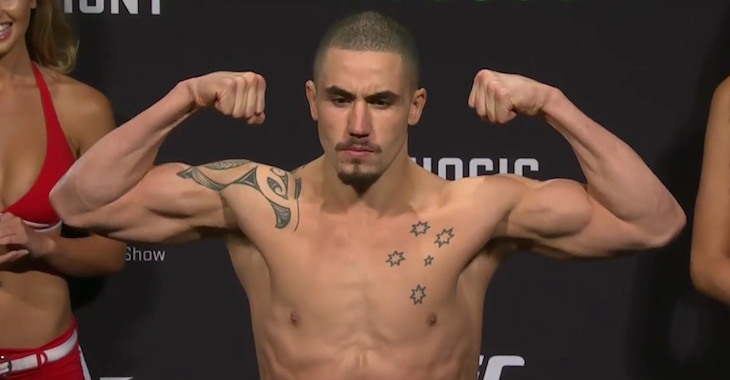 The middleweights stepped into the cage for the co-main event at UFC Fight Night 65. Brad Tavares took on the New Zealand native Robert Whittaker.

RESULTS: Robert Whittaker wins via KO at 0:44 of round 1