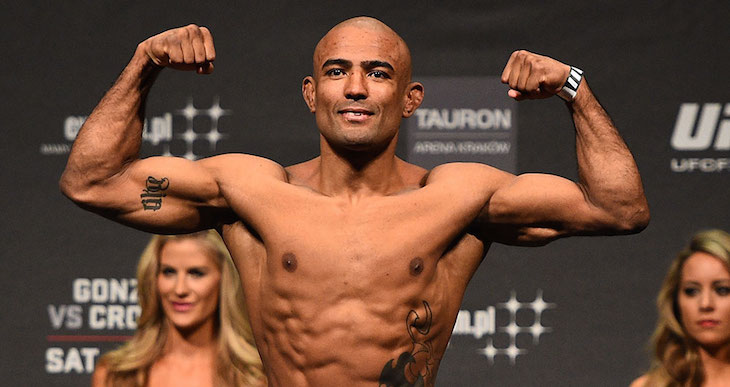 Sergio Moraes is a Brazilian jiu-jitsu standout, but he spent the first ten minutes of the fight standing with Mickael Lebout. Lebout could not capitalize on this ten minute advantage and as a matter of fact— he was outstruck!

Sergio Moraes finally took Mickael Lebout down with three minutes remaining in the final round. Moraes took him down close to the fence so he had little room to work with when trying for a submission, but his transitions were still sleek and effective.

Even though time was set to expire, Moraes still worked hard for the fans and tried to put Lebout away with a submission. With only twenty seconds left, Moraes locked in a rear naked choke but Lebout was able to turn tables and end up on top at the end of the fight.