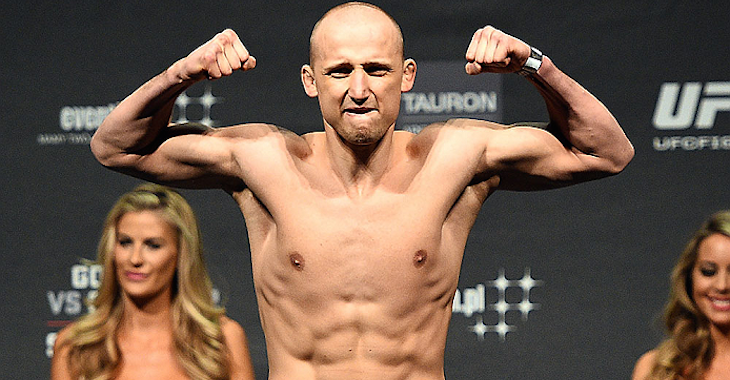 Sheldon Westcott tried to wrestle his way to an uneventful unanimous decision victory against Pawel Pawlak. However, it was Pawlak who got the win at UFC Fight Night 64.

It seemed like Westcott was trying to apply the ‘Randy Couture’ strategy by pressing Pawlak up against the fence for the first round to tire him out, but he hugged him on the fence for the majority of the fifteen minutes.

Whenever Pawlak separated, he was able to fire off rough strikes and he actually dropped Westcott in the second.

Pawlak scored the unanimous decision victory for being more active.