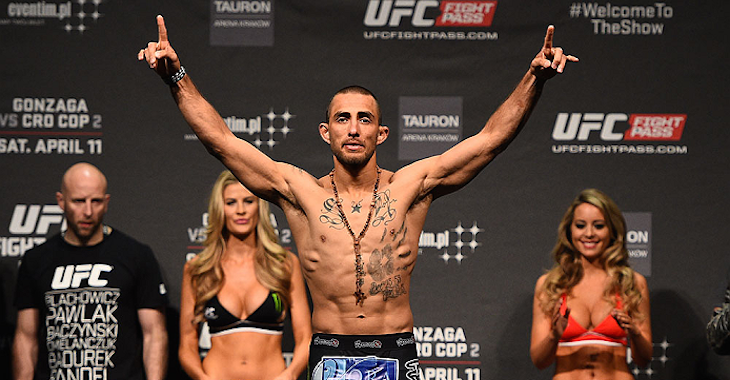 Featherweights Damian Stasiak and Yaotzin Meza put on a fifteen minute grappling clinic in their bout at UFC Fight Night 64.

Meza and Stasiak had a grueling battle where wrestling and jiu-jitsu negated each other for the majority of the fight. Both men saw advantages throughout the night, but neither could lock in the submission they were two steps away from securing.

Meza was the the clear aggressor in this bout as he had the most top control time and went for the most submissions. It was no surprise when his hands were raised in victory.