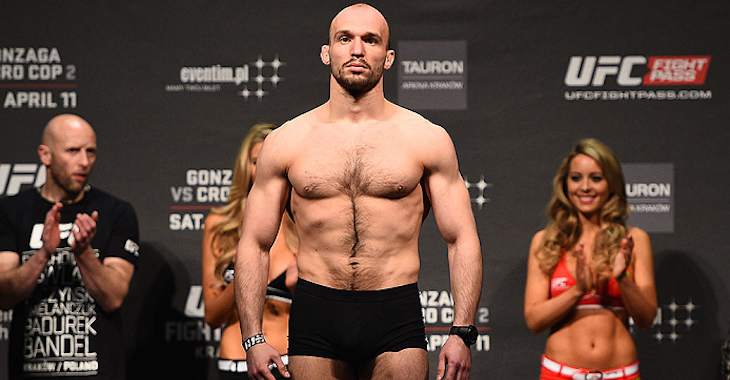 Bartosz Fabinski absolutely dominated his middleweight bout with Garreth McLellan at UFC Fight Night 64. Whether the fight was standing or on the ground, Fabinski made the fight his own and controlled the pace for the entire fifteen minutes.

McLellan tried his hardest to turn the tables when he could, but Fabinski was just too good. Every time McLellan looked like he was going to take control after landing a couple strikes, Fabinski would duck under a punch and land a slam.

It may not have been the most exciting fight to watch, but Fabinski was dominant in his performance and that was impressive enough.