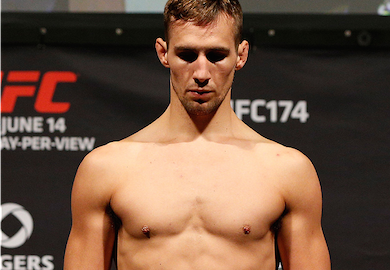 MacDonald was quick to take control of the center of the octagon in this one. Both fighters were tentative in the early minutes, but began opening up after a quick feel out. MacDonald would score a takedown late in round 1, however, the former Strikeforce champion was quick to return to his feet. “Ares” would land a stiff jab to close out round 1.

MacDonald began round 2 by pressuring Saffiedine. The Canadian landed a solid combo early in the round much to the delight of the home crowd. Rory continued to pepper his opponent with jabs and Saffiedine’s eye began to swell as a result. Tarec would land some good leg kicks but MacDonald would land a big right followed by a front kick to close out round 2.

Saffiedine started off round 3 by landing a big right hand which he followed up with some more leg kicks. Rory stayed composed and would eventually drop Saffiedine with a left uppercut. “Ares” promptly proceeded to pounce on his fallen opponent with heavy ground and pound forcing the ref to jump in and stop the fight.

The win marks Rory’s third victory in a row and puts him in prime position for a welterweight title shot, which he asked for in his post fight interview.