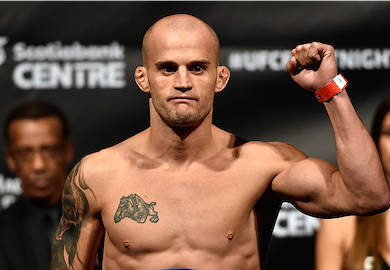 The opening 90 seconds of the fight saw both fighters exchanging punches, until Gagnon was able to land a takedown on Salazar.

Gagnon used a quick transition to take Salazar’s back and promptly snuck in the fight-ending rear naked choke.

The victory marked the 29-year-olds fourth-straight win at 135-pounds.

Stay tuned to bjpenn.com for all the UFC Fight Night 54 results.