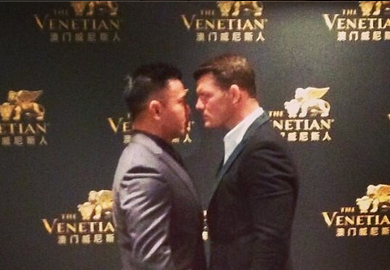 UFC Fight Night 48, which takes place August 23rd from Macau has been finalized with 10 bouts. The card will air on UFC Fight Pass and will begin at 6:30a.m. ET, with the main card beginning at 9a.m. ET.

Below is the lineup of fights: