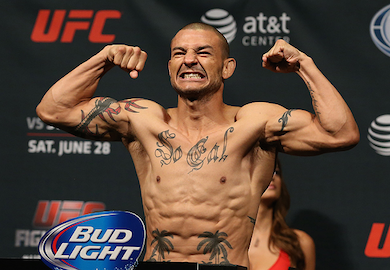 Cub Swanson extended his winning streak to six tonight after his victory over Jeremy Stephens in tonight’s main event at “UFC Fight Night 44”.

Swanson ran into some trouble with the power of Stephens, getting dropped in both the first and the second frame of action.

A third round liver-kick landed by Swanson changed the complexion of the bout, and Cub picked apart Stephens for the duration of the five-round fight.