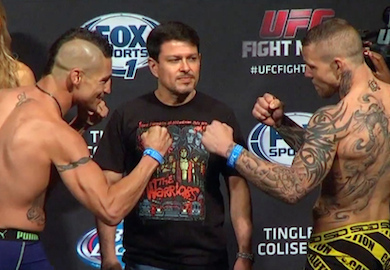 If you can’t make tonight’s broadcast, or just want to catch up on some results, you’ve come to the right place.

Starting at 4:30/7:30 PM PT/ET we will be providing live results from tonight’s fight night right here in this thread.