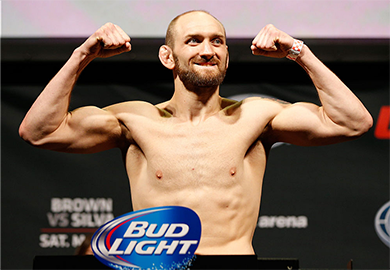 It all came down to the third and final round after each fighter picked up one round a piece. Cabral controlled most of the first round on the ground and almost put Cummings away with a triangle choke at one point. Cummings picked his shots in the second and outlanded Cabral with significant strikes and even landed a takedown to seal the deal.

After such a bad first round on the ground, nobody expected Zak Cummings to stay there with Yan Cabral. However, once Cabral landed a takedown and could not lock up a submission, Cummings transitioned to an advantageous position rather than get back to his feet. The plan backfired as Cummings was almost forced to tap by an armlock. After Cummings escaped the hold, they traded off positioning until time expired. Both fighters showed great technical skill.

It was Zak Cummings who would have his hands raised when the judges’ decision was announced.