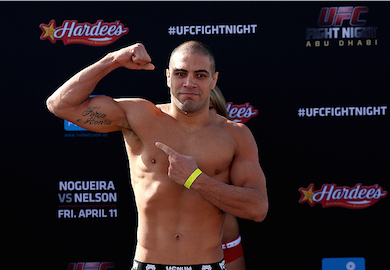 Thales Leites was a tremendous step up in competition for Trevor Smith and a great way to test him in his third octagon bout. Unfortunately, Smith only survived 45 seconds in the octagon before getting knocked out.

Thales Leites cornered a wobbly Trevor Smith after clobbering him with a right hand. Smith ate a hook on the chin and then tumbled to the canvas. Leites then swarmed him with strikes and it did not take long for the referee to call off the fight.

Thales Leites is now riding a three fight winning streak in the UFC.

Thales Leites defeated Trevor Smith by way of TKO (Punches) :45 of Round 1