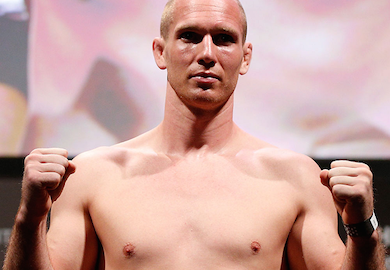 UFC kicked off the Fox Sports 1 preliminary portion of the card with a bout between Hans Stringer and Francimar Barroso. The Brazilian crowd was alive during the Fight Pass preliminary bout and somehow even more excited for this fight.

The Brazilian crowd-favorite Francimar Barroso did not perform how the crowd wanted him to in the first round. He was cautious in his striking and his confidence in grappling was almost nonexistent. Instead, Hans Stringer picked him apart with his overhand right and took top position on the ground resulting in Barroso showing signs of fatigue early on in the fight.

A tired Barroso put on a more impressive performance in the second round after he secured a takedown and landed some good shots, including a big uppercut late in the round. Both fighters were breathing with their mouths open at the end of round two.

Hans Stringer may have been exhausted, but he was able to move a little quicker than his opponent. Stringer was able to land first in striking encounters, separating quickly which led to Barroso missing often. Barroso threw risky strikes like spinning elbows but almost all of them missed. With forty seconds left, Barroso landed a takedown to the satisfaction to those in attendance. He ended the round posturing over Stringer, landing soft elbows and punches.

The fight ended with a judges’ decision and two of them awarded the victory to Hans Stringer.