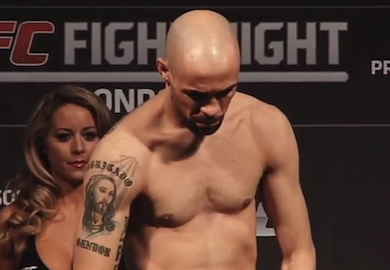 The welterweight fight hit the mat early and stayed there for the majority of the bout. Araujo (pictured) benefited from the ground war the most. The jiu jitsu black belt controlled the ground game, surviving a few ankle lock attempts from Mitchell and locking up a triangle of his own.

The last 30 seconds of the fight featured both men on the ground, flailing punches at each other. After all three rounds the judges gave the unanimous decision to Araujo. Not the most exciting of fights, striking wise, but a great display of technical grappling and submissions.