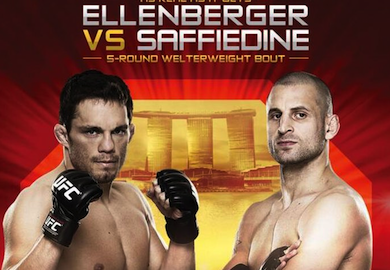 With the UFC making it’s first trip to Singapore for UFC Fight Night 34 Saffiedine vs. Lim on January 4th fans have been unsure of how they will be able to watch the event go down. The UFC has announced a global expansion with many cards being held in Europe. In addition the UFC will have its first ever Chinese installment of the Ultimate Fighter.

“The UFC’s expansion into international markets, and the extended calendar of events, is certainly part of the reason it makes sense to launch the digital network in 2014. UFC fans are the most passionate fans in the world, and we want to ensure they can see every fight and every event no matter where in the world the Octagon may be.”

While the card will also be shown on Fox Sports 1, the UFC will have their online digital network up in time for the card as well.

PENNATION we want to hear from you, what are your thoughts on paying for a digital streaming service from the UFC?