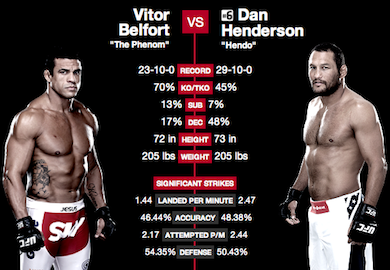 Vitor Belfort walked into the octagon with the support of millions of Brazilians and he must have utilized that tonight. Vitor Belfort became the first man to knock out Dan Henderson.

Dan Henderson’s eyes rolled in the back of his head and that’s all she wrote.

Vitor Belfort defeated Dan Henderson by way of KO (Head Kick) 1:17 of Round 1