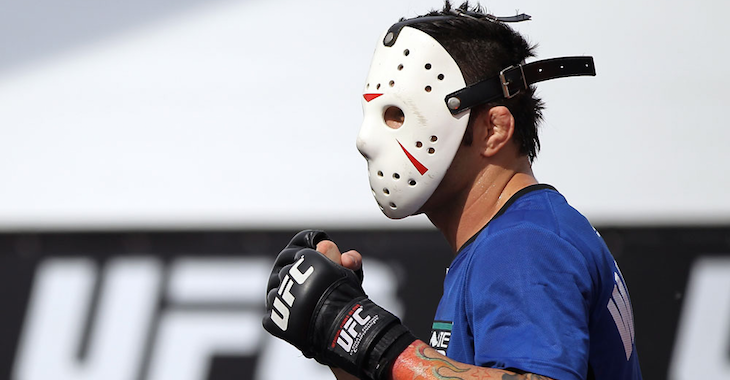 On Thursday, UFC featherweight Rony Jason was stopped by police and when asked to take a breathalyzer test, refused to do so.

The TUF: Brazil season one winner told Brazil’s Combate that he was on his way to a friend’s party when the police pulled him over.

“I was home and I drank three shots of whisky. A friend of mine invited me to a birthday party around 3 in the morning, I wasn’t tired and had nothing better to do, so I went. So I took my car and some cops stopped me on my way, which is something I defend. I pulled over and license and registration were all OK. They asked me to blow on the breathalyzer and I refused because I’m not obligated to build evidence against myself, so I told them I would rather not do it. So they told me my car was confiscated until someone sober could pick it up. So I started walking, I was already close to the club I was headed and I only took 10 steps before I found a friend. I asked if he was drinking and he said he wasn’t, so he got the car for me.”