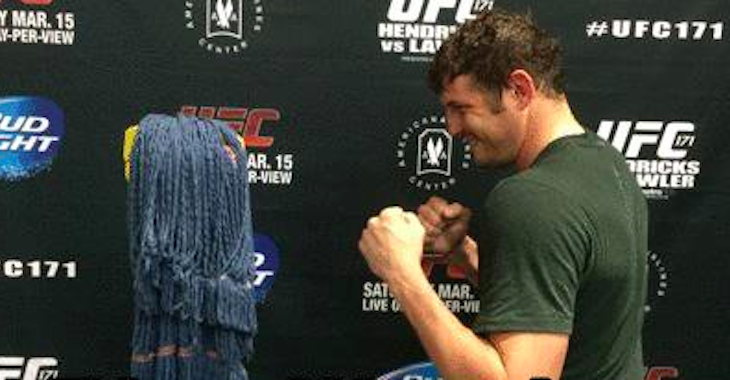 Despite recently putting the entire lightweight division on blast, Clay Guida is still getting called out for potential bouts in the featherweight division.

Chas Skelly took to Twitter to call out the former UFC lightweight title contender while squaring off with a mop! Of course, this is in reference to the wonderful head of hair Guida has on his head.

Skelly is currently riding a three fight winning streak, finishing two of his last three opponents. Clay Guida is coming fresh off a victory against Robbie Peralta and their fight schedules could line up perfectly.

What do you think, is this a bout you’d like to see?