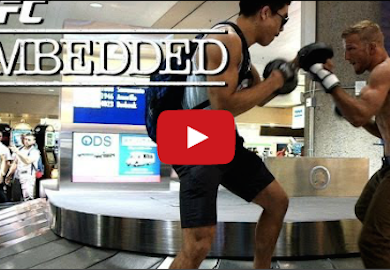 On UFC Embedded episode #4 of 7, with UFC 173 just four days away, the main card fighters have arrived in the fight capital of the world. On site at the MGM Grand, Dan Henderson sends a deep-fried, weight-cutting gift to his co-main event opponent, former heavyweight Daniel Cormier. UFC Embedded is a new, behind-the scenes, video blog series focusing on the final days leading up to an epic PPV event.