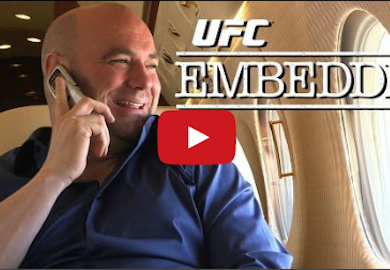 On UFC Embedded episode #3 of 7, all roads lead to Las Vegas for UFC 173 fight week. Co-main event star Dan Henderson completes media obligations in LA and heads to Sin City, while UFC President Dana White watches fights on the set of The Ultimate Fighter Latin America and wins big at the tables. Still in his hometown of San Jose, Daniel Cormier readies himself for the busy week to come with a stint inside a hyperbaric chamber. UFC Embedded is a new, behind-the-scenes video blog series focusing on the final seven days leading up to the epic UFC 173 Pay-Per-View event.