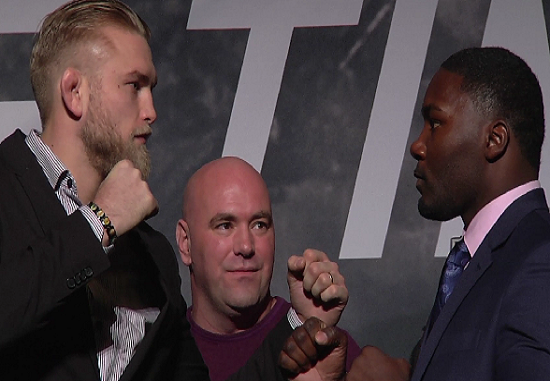 The UFC has officially confirmed four dates for upcoming UFC on FOX cards in the new year.

MMAJunkie broke the news earlier today, in which is was reported that:

UFC on FOX 14, which was previously announced, goes down January 14th, 2015 in Stockholm Sweden and will feature a light heavyweight #1 contender match between Anthony Johnson and Alexander Gustafsson.

UFC on FOX 15, which was announced this past weekend, goes down April 18th, 2015 from Newark New Jersey, with no announced bouts yet.

Stay tuned to BJPENN.com for updates!