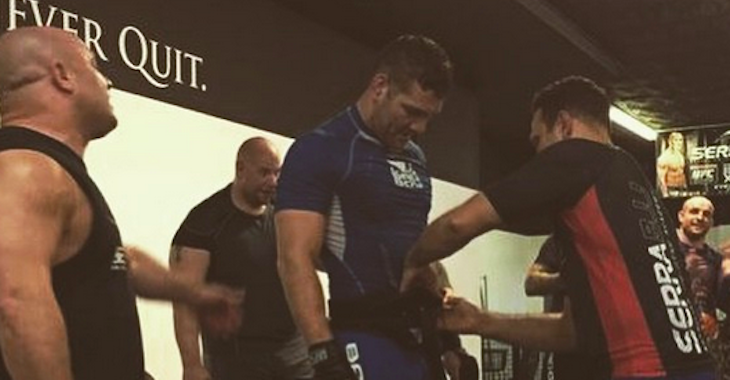 The fact that Chris Weidman not only won but defended his UFC Middleweight Championship without a black belt in BJJ is amazing. Granted, his wrestling and striking game are elite enough to counteract most BJJ black belts, he still defeated the likes of Lyoto Machida and Anderson Silva!

Chris Weidman received his blackbelt on Tuesday during a promotion ceremony from Renzo Gracie and Matt Serra. Check out the pictures below!

Gonna be wearing this around for a while. Thanks again @Renzograciebjj and Matt Serra for all the hard work!!

Huge surprise today! I got my black belt from Renzo Gracie and Matt Serra! So honored and blessed to have these guys by my side! @Renzograciebjj