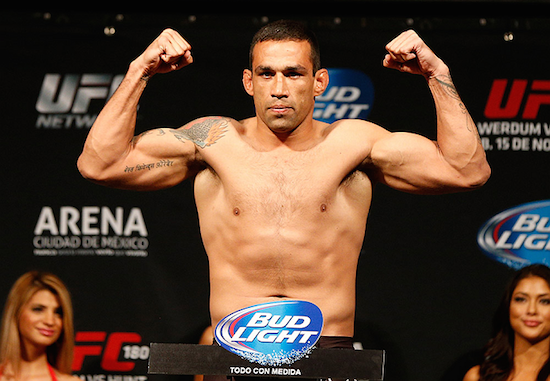 “There is not yet a definition but I think that it’s going to be good for who is battling and running after since a long time. For example, I’m at the top of the ranking and I’m already 37 years old. I think that it will benefit the top ten guys of the ranking. I’m not being selfish but for me it’s going to be great. It was very hard for me to get at this point. And everybody will wear the same uniform. I don’t think the door will be closed for other sponsors. The fighters that are coming now will not be so benefited but it’s a motivation for them. They will all want to be sponsored by Reebok and enter in the top ten of the ranking. If I were a beginner, that’s how I would thought.”

In a recent interview with Tatame.com Fabricio Werdum discussed the UFC’s new Uniform deal with Reebok.