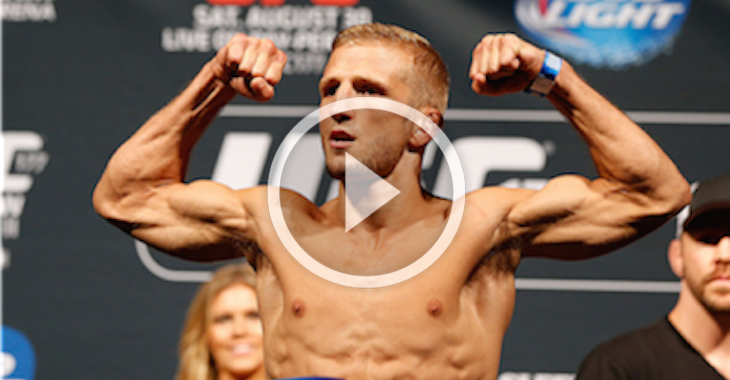 UFC bantamweight champion TJ Dillashaw suffered a broken rib while training for his rematch with Renan Barao and had to pull out of the fight, so he knows a thing or two about what featherweight champion Jose Aldo is going through right now.

Dillashaw called into Stud Show Radio and talked about the news and said that he feels bad for the Brazilian because if he can’t fight than he’s missing out on the biggest pay day of his career, the type of money Dillashaw could see Aldo retiring with.

“This is money where he can retire, I actually think he was going to. For some reason, I don’t know why, but I have a feeling Aldo was going to retire after this fight.”

Do you think he would have retired?