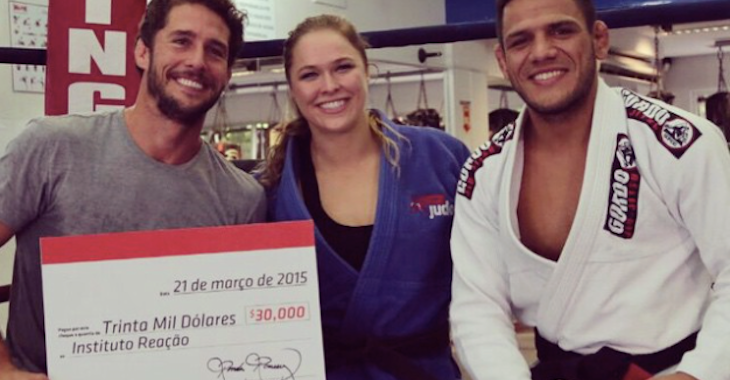 Early in the week, the UFC’s womens bantamweight champion, Ronda Rousey, attended a press conference in Brazil in preparation for her next title defense against Bethe Correia at UFC 190.

While at Flavio Canto’s Instituto Reacao, Rousey presented Canto with a donation of $30,000. Pretty nice right?