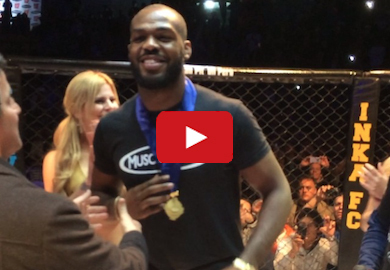 Some may look at the UFC’s light-heavyweight champion and see a controversial athlete who has made some less-than-perfect decisions in his personal life, but no the Mayor of Lima, Peru.

That man honored Jones for his prime example to our youth.

The caption reads,“The mayor of Lima, Peru gave me a medal for being a role model to the young men in Lima #inspired #honoredFollow”