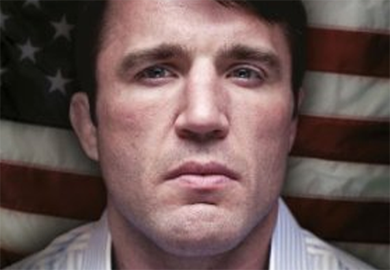 Chael Sonnen was recently featured on the Jim Rome Radio Show and took place in the annual “Smack-Off” competition. The “Smack-Off” is a contest where Rome provides a platform for listeners of the show to call in and speak their mind and give their best smack talk while Rome and other show personnel determines who the winner is.

The 2012 Smack-Off was held on Friday May 18th and there was only one man who was head-and-shoulders above all competition, and that man was Chael Sonnen. Sonnen went on an impressive rant where he critiqued everything wrong with the mainstream sports world today, speaking his mind on everything from how boring football is to how basketball is now about which player is taking their turn with a Kardashian sister. Check out the full video below:

“Football, America’s pasttime. Look guys, nobody cares what you do with the ball out on the gridiron for 11 minutes of action in a four hour game. It’s about the beer people; take the beer out of the stadiums and you’ll take the people out as well.”

“Basketball. It used to be about great athletes. Now it’s about who’s taking their turn on a Kardashian next. I was going to work Kobe into this whole rant but what can I do to Kobe that god hasn’t already done.”

“Baseball. It’s America’s sport because Americans are obese, the end.”

“Golf. That’s the sport where Dancing With the Stars rejects go to die. The best thing Tiger Woods ever did was that hot Norweigan wife of his.”

“NASCAR. A bunch of guys with a tooth missing for every decade of their life thinking they’re Vin Diesel or the Dukes of Hazzard. It just kills me. You know what else chases each other in circles, Jim? Headless chickens. The definition of insanity is doing the same thing over and over and getting a different result. Yet every Sunday, they take the same white priveleged males, put them in the same car doing the same thing and we get a different result. FIXED. Let’s not forget, NASCAR plays to the same uneducated, southern white males professional wrestling got its licks from in the 1970s. How many of your listeners have a car? How many of you listeners if you raced your neighbor today and beat him would expect to not also win tomorrow and the next day. Look guys, the only way the results change if you’re in the same car doing the same thing is if you let the results change. WAKE UP, KENTUCKY.

“Still undefeated Jim, still undisputed, you’re listening to Chael ‘Perfection’ Sonnen and that, ladies and gentlemen, what you just heard, was the ‘Voice of Reason.'”