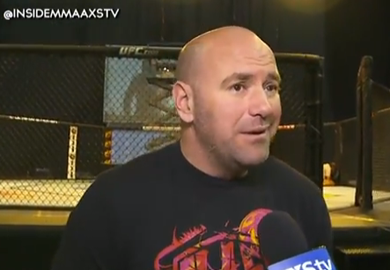 “When you get there, I guarantee you it will be a different conversation. And I also guarantee you that in no way, shape or form does Georges St-Pierre think that Rory MacDonald doesn’t want to fight him.”