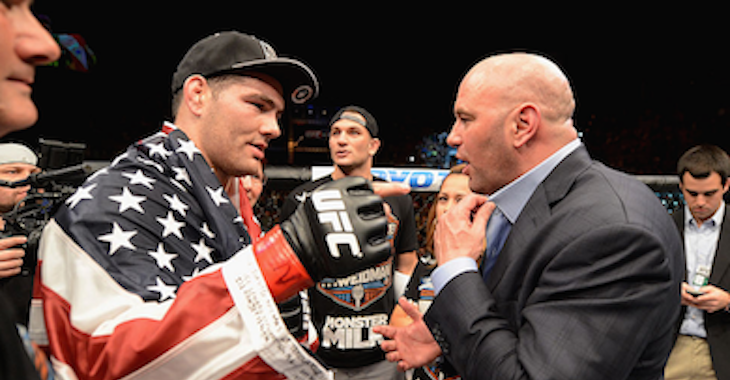 In an interview with UFC.com White talked about fa variety of topics, including the rise of middleweight champion Chris Weidman.

On Weidman, White said that he believes Weidman is on a ‘Jon Jones’ type run as champ. Here’s what he said.

“He’s on a Jon Jones-type run right now in the 185-pound division. The thing is with Jon Jones is that he went four years taking out all the best 205-pounders in the world. Weidman is beating straight killers right now.”