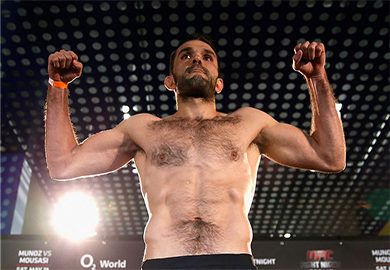 Peter Sobotta put on a dominating performance in front of his home-country crowd in Germany. His last UFC outing was nowhere near as impressive as his fight was tonight. Sobotta was cut from the promotion in 2010 after losing three straight fights. He utilized his time in smaller promotions intelligently; He submitted five opponents in a row and got the call from Joe Silva to return to the octagon against Pawel Palak today.

Sobotta outclassed the formerly undefeated Palak throughout the entire fight. When they were standing, Sobotta landed amazing combinations and kept his distance just enough to duck and dodge whichever strikes Palak was trying to land. When Sobotta shot for takedowns, he got them and dominated the ground game from top-control.