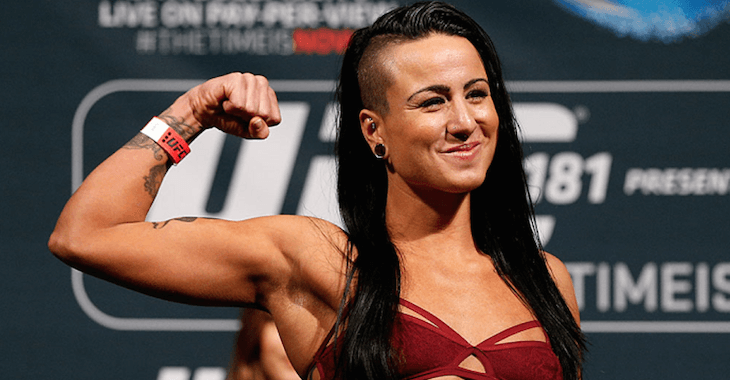 UFC bantamweight fighter Ashlee Evans-Smith has been out of action for the past nine months because of a suspension.

Smith was suspended after failing a post-fight drug test from UFC 181, where she fought Raquel Pennington.

Smith has been serving her suspension and now it’s up and she’s looking to get back into the octagon. Smith tested positive for the use of a diuretic. Smith never showed up for her NSAC hearing, thus, causing the commission to accept the results as fact. Smith took to Twitter to announced the end of her suspension and says news of her next fight will be coming soon.

Update:My 9 month suspension w/the @ufc is over 2day.I CANT WAIT 2 get back in the cage. Stay tuned 4 fight… http://t.co/SgfR0yixCx

Smith lost to Pennington in her UFC debut, taking the fight on short notice, via technical submission.

Who do you think Smith should fight in her return fight?