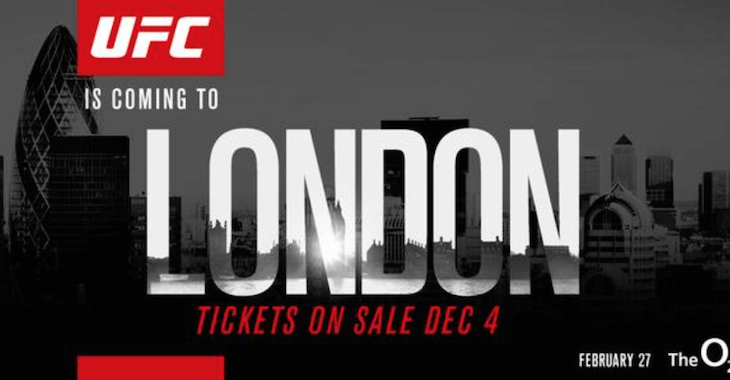 The Ultimate Fighting Championship is heading back to London for the second time.

The last time London held a UFC event it was headlined by Alexander Gustafsson vs. Jimi Manuwa. Gus ended up winning that night, finishing Manuwa via TKO in the second round.

Now the promotion will return with a Fight Night card, held on Feb. 27 at the O2 Arena. There is no word on any fights planned for the event yet, but we will keep you posted.

“UFC and MMA have enjoyed a phenomenal level of success and growth across Europe in recent years and London remains a particularly important market for us.”