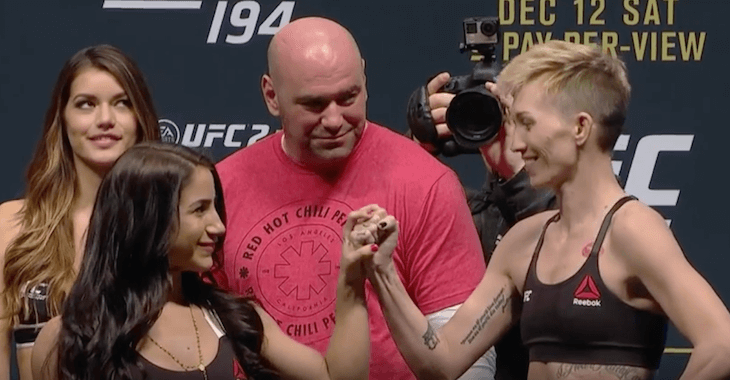 Tecia Torres was able to utilize her wrestling skills to get Lybarger to the mat early and often in this fight.

Torres was able to deliver some solid ground and pound from the top position on Jocelyn.

Lybarger was able to setup a leg lock towards the end of round two, but Torres was able to survive the final seconds and get to round three.

Torres begins round three by showing off her footwork and a crisp jab.

The “Tiny Tornado” is teeing off on Jocelyn and looking for the finish.

Lybarger has a hell of a chin and is able to survive Torres’ onslaught to the final bell.