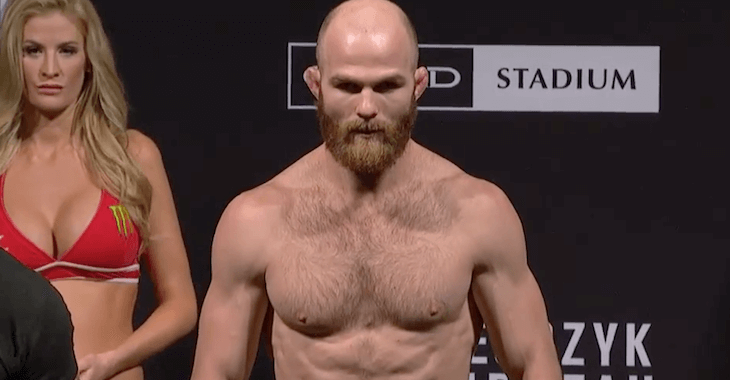 Richard Walsh was able to get the better of Steven Kennedy to begin the opening round. Walsh battered Kennedy with kicks and punches which had Kennedy in a lot of trouble. However, Kennedy was able to score a desperate takedown and eventually used the position to take Walsh’s back. Kennedy tried to sink in a choke but Walsh defended well to close out the round.

Round two begins and Walsh starts teeing off on Kennedy with some viscous leg kicks. After landing some heavy punches, Walsh got over aggressive and allowed Kennedy to score another late takedown. No real offense came from Kennedy after earning the takedown. The horn sounded to end round 2 with Kennedy in top position.

Round three and the stand-up assault from Walsh to Kennedy continues. Walsh seems to be landing everything but nothing will put Kennedy away. Another five minute beating the horn sounds to end the fight.