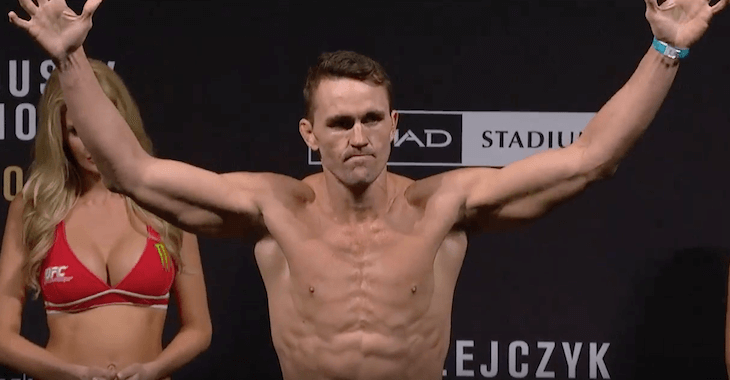 Both fighters seemed more than happy to trade punches in the opening minute.

After a couple of exchanges, Kyle Noke was able to land a hard front kick to the body of Peter Sobotta causing him to fall over in pain.

Noke pounced on the injured Sobotta and began delivering some serious ground and pound.

The referee gave Sobotta some time to try and recover but it wasn’t happening.

Kyle Noke defeats Peter Sobotta via TKO at 2:01 of Round 1