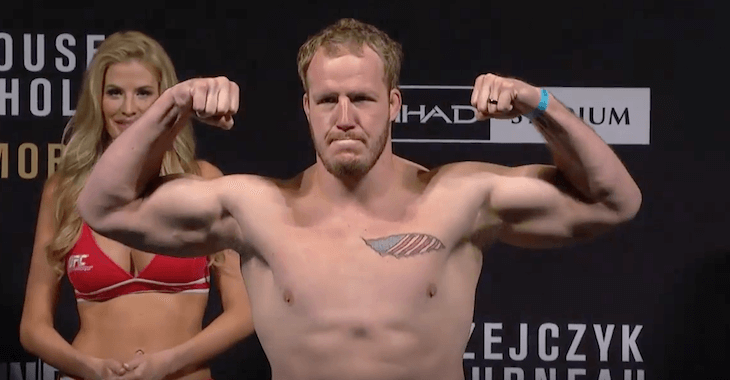 A clash of heavyweights kicked off the UFC 193 pay-per-view card in Australia, as Jared Rosholt (13-2 MMA) took on the always dangerous Stefan Struve (30-7 MMA).

In the first round Struve looked to keep Rosholt at a distance, however ultimately Rosholt was able to secure a takedown and control Struve on the ground for the remainder of the round.

In the second it was more of the same with Struve keeping Rosholt at a distance while Rosholt attempted to take the fight to the ground. Halfway through the round Rosholt secured the takedown but Struve managed to scramble back to his feet. Rosholt managed to get the trip again however Struve created some distance and landed a nice up-kick, but Rosholt wasn’t unfazed. With 10 seconds left in the round Struve began to land some elbows from bottom control.

After two lackluster rounds we head to the third, where Struve likely needs a finish to win this fight. Both fighters look tired, and midway through the round Rosholt has attempted two half-hearted takedowns. Struve on the other hand appears hesitant to open up with strikes. With 2 minutes left Struve lands a head kick and a nice combo before Rosholt clinches and pushes Struve against the cage. Struve gets a takedown with 15 seconds left but is unable to do anything with it.