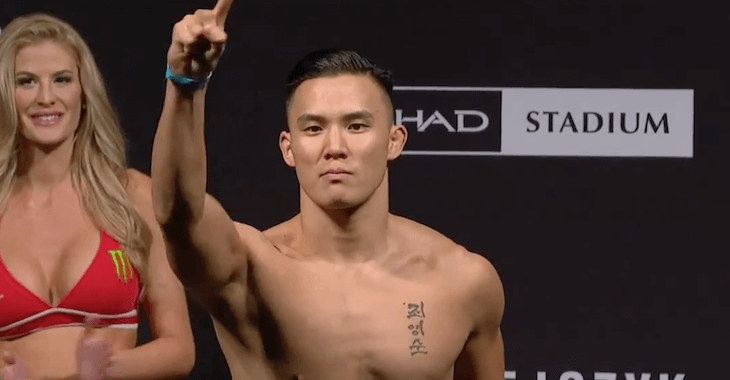 The second bout of the evening featured James Moontasri taking on Anton Zafir.

Anton Zafir was able to land an early takedown to start the fight. He quickly used the position to move to half guard, where he landed some short elbows on Moontasri.

Moontasri would move back to full guard and then was able to return to his feet. Once standing, Moontasri found his range and landed a beautiful spinning back kick to the body followed by a backfist. The combo sent Zafir crashing to the floor. Moontasri would follow up with some short punches causing the ref step in and stop the bout.

Moontasri def. Zafir by TKO (spinning back kick and strikes) at 4:36 of Round One