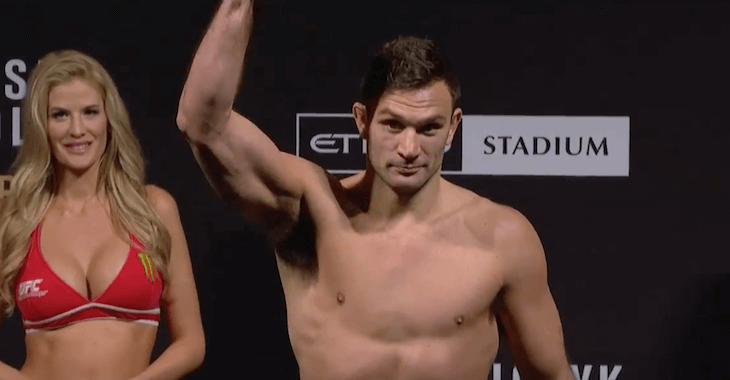 The moment this fight started it was clear that Gian Villante had the striking and power advantage over Anthony Perosh.

Villante clipped Perosh early and often and had the veteran noticeably hurt in the opening minutes.

Just over two minutes in to the opening round and Villante lands a huge right hand that absolutely floored Perosh. The referee quickly stepped in and called off the bout.

Gian Villante defeats Anthony Perosh via KO at 2:56 of Round 1