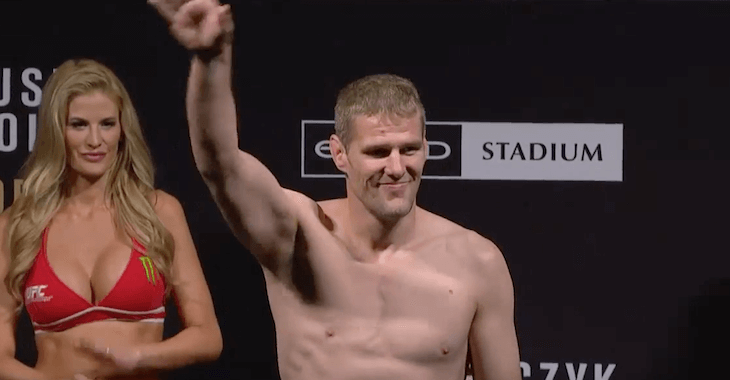 The fourth and final bout of the UFC 193 Fight Pass Prelims featured a middleweight tilt between Daniel Kelly (10-1 MMA) and Steve Montgomery (8-4 MMA).

The middleweight fight was a back and forth battle the entire way.

Daniel Kelly was able to use his striking to set up takedowns in the opening round, but Montgomery was able to get the better of Kelly in round two when the fight stayed in the standing position.

The fight was clearly tied going in to round three.

Daniel Kelly began using forward pressure in the final round and it paid off. He was able to land the better punches in round three, which sealed him the decision victory.