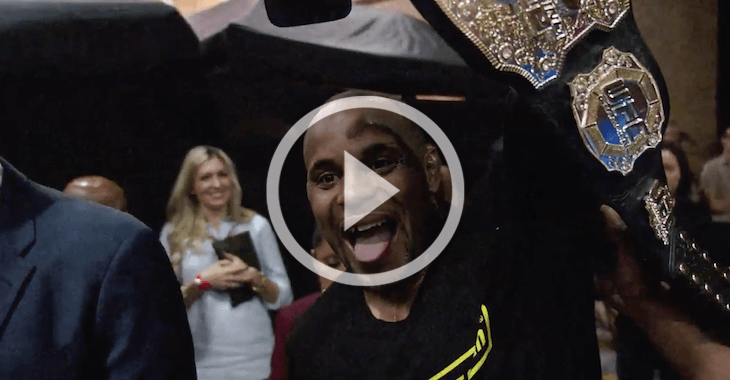 UFC 192 will feature the first title defense of current light heavyweight champion Daniel Cormier as he takes on challenger Alexander Gustafsson. It will be Gustafsson’s second shot at the UFC gold. Both fighters have lost to former champ Jon Jones and are looking to win this fight, which will possibly put the in position to face off with Jones once again, should he return.

Cormier recently spoke with UFC’s Megan Olivi and talked about winning the belt, being the champ and how he’s managed to stay the same ol’ DC.