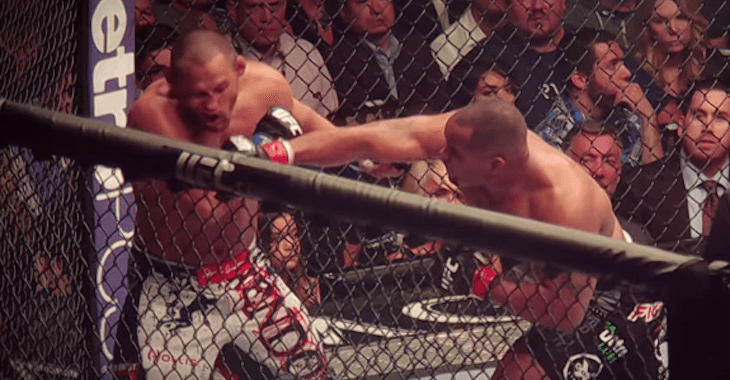 “UFC 192” is fast approaching and it is stacked from top to bottom! UFC Light Heavyweight Champion Daniel Cormier is getting ready to defend his title for the first time against Alexander Gustafsson in the main-event of the card, but that isn’t the only major light heavyweight clash taking place on the main card.

Rashad Evans will be making his return to the octagon as he has been sitting on the sidelines since his win over Chael Sonnen in 2013. “Suga” will square off with top-contender Ryan Bader in a bout with title implications. The only thing that could hold back Bader from getting a title shot if he wins is an unexpected Jon Jones return or a fight with Anthony “Rumble” Johnson.

Johny Hendricks will serve as one of the co-headliners for the event when he meets Tyron Woodley for the first time in his career for welterweight supremacy. Both men have their eyes on Robbie Lawler’s gold and could get an opportunity to fight for it with a win in Houston, Texas this Saturday. Check out the rest of the lineup below!

Of course, if you don’t have UFC Fight Pass or are looking for results on the main card, make sure to come back to BJPENN.COM for up to the minute updates!

If you had to make a five-fight parlay for Saturday’s event, who would you choose? Share your thoughts and predictions in the comment section below!