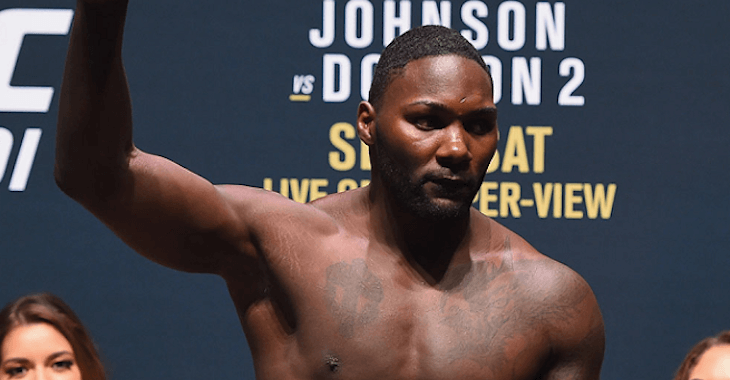 Heavy hitters Anthony Johnson and Jimi Manuwa went to war inside the octagon at UFC 191.

In the first round they both came out swinging. Eventually Johnson got the fight to the ground and looked to ground and pound. He was able to move to the mount, then lost it and went back into half guard.

In the second Johnson landed a right hand from hell that put Manuwa down. He followed up with a few shots on the ground.

The referee stepped in and stopped the fight.

It ended about how everyone expected it to, with a big punch.