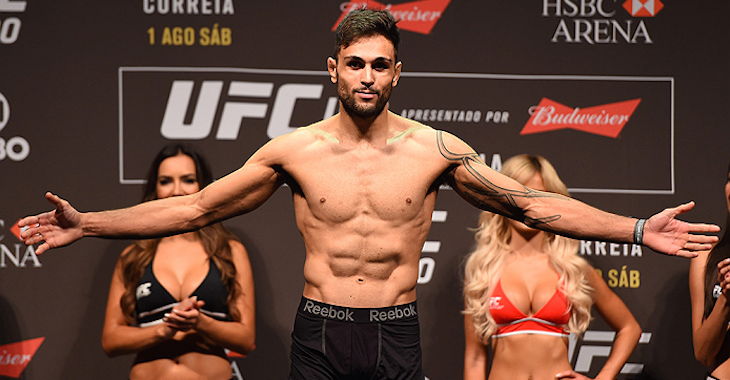 Glaico Franca proved the bookies right when they labeled him as the favorite walking into Saturday’s “The Ultimate Fighter: Brazil” lightweight finals across from Glacio Franca. The fight was slow paced and drained the crowd of energy, but the rear naked choke finish brought them back to life.

The majority of the fight saw Franca pin Fernando Bruno up against the fence working for takedowns. Franca was successful with his takedown attempts, but for two rounds he was not able to put the fight away when he locked in the rear naked choke attempts.

Bruno did a fantastic job at fighting off the submission hold, making sure Franca’s arm was never placed under his chin. It also helped the underdog that Franca’s back was constantly up against the fence so he could not torque the choke.

Bruno was trapped in the rear naked choke at the end of each round, but Franca was finally able to sink his arm under the neck of Bruno to lock the hold tight with just fourteen seconds remaining. Bruno knew he was about to pass out and had no choice but to submit, forfeiting any chance at winning the lightweight tournament.