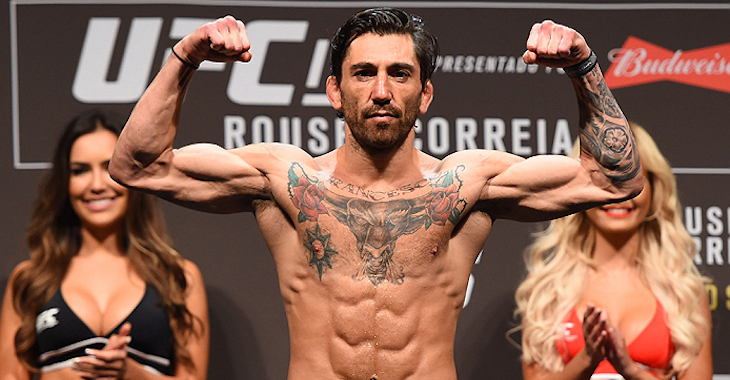 Guido Cannetti and Hugo Viana kicked off the “UFC 190: Rousey vs. Correia” with a three round battle on UFC Fight Pass. The bantamweights would grind their way to final horn, but it was Cannetti who walked out of the octagon with his hands raised.

Neither man was truly in control at any point in the fight and they essentially exchanged takedowns for the first ten minutes. Cannetti landed an impressive high kick that wobbled Viana, but he failed to follow up for the knockout and instead shot for a takedown.

Luckily for him, he was able to control the third and final round with his grappling skills and superior conditioning. By the time the final horn sounded, Viana looked defeated and exhausted while Cannetti was confident he picked up a decision victory.

The fight could have easily gone either way, but it was no surprise when Cannetti’s hands were raised after the judges’ decision was announced.