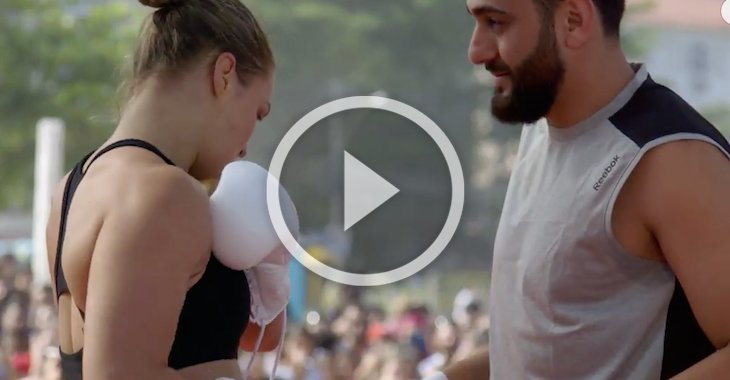 ‘On Episode 4 of UFC 190 Embedded, women’s bantamweight champion Ronda Rousey steals the show at a beachside open workout also attended by title challenger Bethe Correia. Seven-foot-tall heavyweight Stefan Struve trains to play spoiler in his fight against a hero, former champion Minotauro Nogueira, who polishes his own game at his namesake gym. Then the foes – including rematching Brazilian legends Rogerio Nogueira and Shogun Rua – sound off and face one another in person at UFC 190 Ultimate Media Day.’