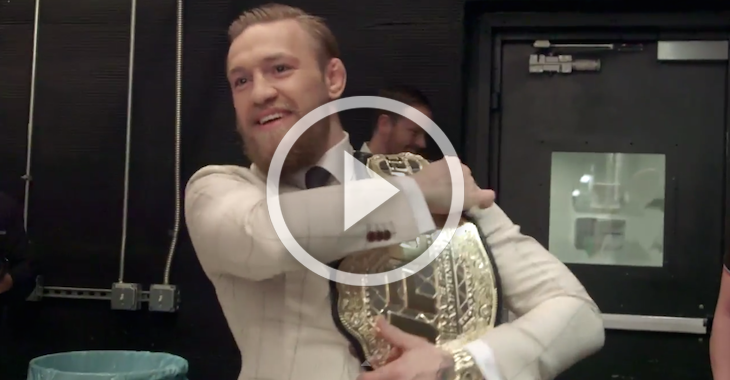 On Episode 5 of UFC 189 World Championship Tour Embedded, UFC President Dana White, featherweight champion Jose Aldo and challenger Conor McGregor make the media rounds in LA. The rivalry between the two fighters gets personal on the set of FOX Sports Live after McGregor helps himself to Aldo’s belt. The day ends with some sky-high tension as the crews depart for the tour’s next stop: Boston, Massachusetts. UFC Embedded is an all-access, behind-the-scenes video blog following the stars of July’s UFC 189 on their World Championship Tour.