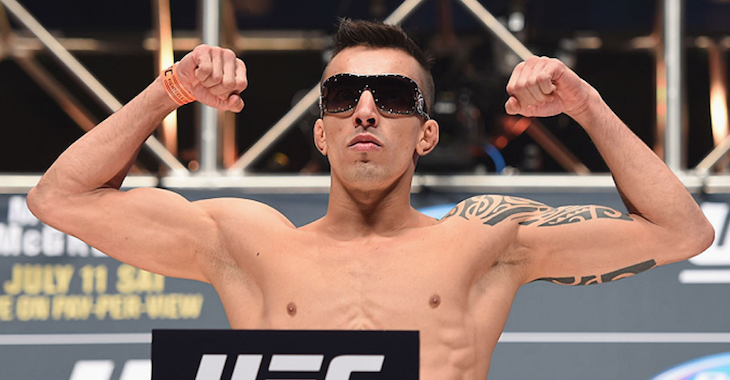 In the second they picked up where they left off. Early in the round Almeida threw a perfectly timed flying knee that put Pickett’s lights out instantly. It was probably one of the greatest knee KO’s of all time.